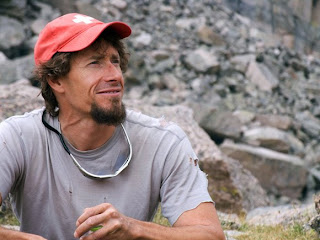 At the end of life, let them say I truly lived. ~ me

Well this week has been a bit rough. As you have read, my thoughts have been focused on the search for three missing climbers in China. Unfortunately, that search has thus far come to a tragic end. The body of my friend, Jonny Copp, was discovered at about 4000m in avalanche debris on the slopes of Mount Edgar. Words really do not do justice to this loss. The search for Micah and Wade continues.

Jonny and I first became friends while working together at Planet Outdoors. Say what you will about PO (hell, I probably said it along with you) but the people who worked there did become a bit like a family. Sometimes a dysfunctional, scary family, but a family nonetheless. I made some great friends at PO. Those friendships have changed as people have grown up, moved around, had children, married, divorced, married again and some remain stronger than others. Jonny and I, though not the closest of friends, always seemed to come back together in one capacity or another. Whether climbing in Veedavu, plotting a new project, shooting in the backcountry or just hanging out, Jonny was always ready with an awesome story and his infectious smile.

Shot of me skiing courtesy of Jonny Copp (coppworks.com)

After the demise of Planet Outdoors (actually, I believe it is still an active site in some form but without any of its original employees), Jonny and I continued to see each other from time to time. Though I was a vastly inferior climber (who wasn’t, really?) Jonny did let me tag along on occasion and always encouraged me with positive reinforcement, no matter how much I was just dangling in mid-air. This was Jonny’s way. Always smiling. Always encouraging others to reach for the stars.

When Jonny started work on the Boulder Adventure Film Festival, he contacted me to help out as both a member of the selection jury but as webmaster for the site. We screened hundreds of flims over the years some good, some great, some REALLY bad and laughed through it all. Jonny was one of those people who always put back more than he took out. He inspired others through his athleticism but did not stop there. His thoughts always seemed to come back to wishing to encourage others to love the outdoors and cherish the earth. That was the message of the Festival and Jonny’s message to us all.

I was thinking of a quote that best sums up Jonny and really had a tough time finding anything that does him justice. So I started thinking more about how he lived life and decided that maybe that would be the best way to honor him. Jonny really lived. At the end of my life, I hope others will say the same of me.

One thought on “Rough week…”